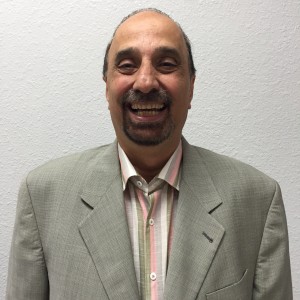 Benny Mor, CEO of Vasco Assets, a huge player in the diamond wholesale business, says his Newport Beach-based company has “endured and overcome all of the challenges a new company confronts, and is one step better than a startup,” owing in part to being strongly capitalized and a branch of Vasco’s 32-year-old affiliate company, Ever Precious, Inc..

Mor credits this growth to two different aspects. One is simply the on-going focus on strengthening Vasco’s marketing team and campaign. The second is the company’s ability to provide infrastructure and create networking opportunities.

Born and raised in Israel, Mor moved to the United States in the early 1980’s.  His fascination with diamonds began in 1983 as he learned on the wheel. The same year, he founded Ever Precious Inc., a regional diamond manufacturer serving Orange County, California. By the mid 1980’s, Ever Precious  expanded to Sourthern California and by the end of the decade, it expanded to California. Shortly after, Ever Precious served as a nationwide company. Mor went on to founding Ever Precious Jewelry in 1992. Eight years later, Mor founded B. Mor in 1998 and started branding his own collections of jewelry.

Benny has developed a luxury-based financial institution that has provided an outlet to financial stability for Orange County’s residents and some businesses. Vasco Asset’s continual growth and traction brings a diversification of clientele in the office, and will soon bring opportunities to expand outside of California.

Vasco Gives Back to Kids with CancerNext Article