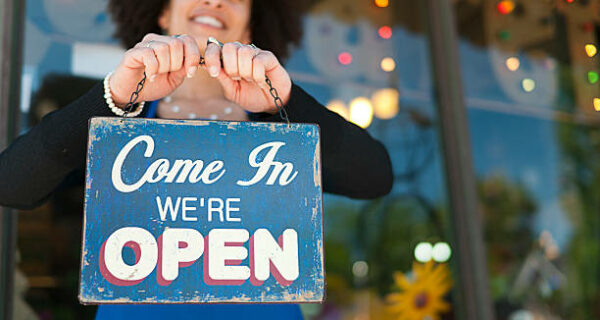 Businesses need to be smart yet cautious about their finances, especially in times of uncertainty and the general nature of business risks that are inherent in the activity. The pandemic wreaked havoc on the economy, primarily affecting the small, family-owned businesses of passionate people across the United States. Many small businesses could not sustain themselves and had to close shop because they had no aid nor revenue due to strict lockdown measures. It is in these times that one realizes that uncertainty can come to knock on our door at any time and it is always smart to do whatever we can to limit its ill-effects, if not prevent them entirely.

Local Mom-and-Pop Store is a Hit

One mom-and-pop store, a long-standing member of the community it operates in, was no stranger to the risks that a business of its kind faces, having been operating for over three decades and serving customers who they knew by name and interacted with as part of the community. The store had achieved the status of the local hotspot, where one could find all the things one finds in a supermarket and then some more. It had become integrated enough to stock items that were specific to the regular customers as well as the type of customers that one could expect to find there. It was one of the most convenient and, frankly, important businesses in the area, but the owners had become complacent because of it.

Holidays were just around the corner, and it was one of the main seasons for the store to make a sizable amount of their annual revenues in this time period. But, as is the case with uncertain circumstances, the owners of the mom-and-pop were struck with one. An unforeseen debt, brought on by the wife of the owner becoming ill and being admitted to the hospital, forced the owner to shut his shop for a few days and use all his savings to pay it off as, unfortunately, they did not have health insurance to cover the expenses. All this happened right before the time when they were expecting to make good revenues.

The owners had a couple of problems that were critical to solving if they expected to recuperate any of the losses that they incurred due to the uncertain circumstance. The major problem was that of arranging the required financing in order to stock up their store. The other problem was raising the money as quickly as they could so that they could restart their business as soon as possible. Raising money was going to be tough because bank credit would be costly and not made available either on flexible terms or quickly enough. Asking relatives and friends during this season would be both awkward and unfair. They had to think of a solution that would allow them to overcome their difficulties soon and without causing more problems.

Secured Loans Not from Banks?

One of the friends of the owners knew of their predicament, and he suggested using some assets that they have as security for a collateral loan. He informed them that they don’t necessarily have to go to banks for loans; there are other institutions and businesses that provide quick and secured loans which are usually easy to get and are cheaper than bank loans. And as long as the asset is valuable enough to cover the loan amount, the credit score does not matter as much as it would in the case of banks. It could very well be the best solution that they have available, and they should look for such establishments to arrange the funding.

Vasco Assets Will Provide a Loan!

The owners did a little bit of research and found out Vasco Assets, which is located in Orange County, CA. Vasco Assets was exactly the type of firm their friend had told them about. Vasco provided secure cash loans to people who had valuable assets to put up as collateral. This worked out for them because they needed cash immediately and Vasco offered loans against multiple luxury assets such as precious metals, diamonds, art, exotic cars, and so on. The owners had a nice European exotic car that they knew was valuable but they would rather use it as collateral than sell it altogether. And a loan on that car would be enough for them to cover the amount of credit that they needed to be up and running again.

On filling a form on the website giving details about the type of asset that is being used as collateral, an expert is assigned to evaluate the condition and value of the asset. This valuation, the owners found to their delight, is done free of cost, and the experts strive to provide as much information as they can about the asset, which allows the clients to make a sound and knowledgeable decision. The owners felt reassured with their decision of financing their store through a loan.

Secured Loan is Raised Against the Exotic Car!

The valuation revealed to the owners that the car was enough security for the amount that they wished to loan. Terms of the loan were discussed and eventually, a loan agreement was signed for a period of 90 days, which they could extend further if the need arose later on. The owners of the store were ecstatic to learn that they had financed the loan at a very moderate rate of interest, which they would be able to pay off without taking a substantial hit on their bottom line.

Vasco Assets for Secured Cash Loans and Other Financial Services

Vasco Assets is one of the most reputable source for collateral loans and other kinds of financing services in the Orange County area. We are thankful to our clients for letting us share their story in order to enable us to show that credit can be easy to raise and not always a stressful endeavor. Vasco Assets allows you to leverage the latent value of your assets and convert it into liquidity to help you when need for credit arises for business or personal needs. And the most important aspect is that these are cash loans, which do away with the need for bank accounts and the regulatory interruptions, which provide liquidity and flexibility to customers who could really benefit from it.

Reach out to Vasco Assets if you live in the Orange County area and have an asset which you want to either sell or raise a secured cash loan against today!

Christmas in the Caymans: How This Vasco Client Turned Gold Into Cash to Finance a Dream Family GetawayPrevious Article